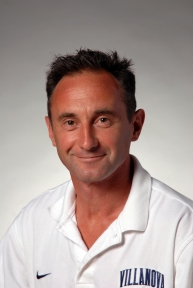 Head men’s Track and Field Coach/Cross Country Coach at Villanova University.  He is three-time world indoor champion at 1500 meters and a former world record holder.  He is also a four time Olympian and has run over 100 sub 4 minute miles.  In Coach O’Sullivan’s first year as head coach, the women’s cross country team won both the 1998 Big East Championship and the 1998 NCAA Division I Cross Country Championships.  In 1998, Coach O’Sullivan received honors for the Big East Coaching Staff of the Year Award and was named United States Track Coaches Association National Coach of the Year by the U.S. Track Coaches Association.  Last Fall, he led the Men’s Cross-Country team to win the Big East Championship and also the NCAA Mid-Atlantic Regionals.

USATF Level II Certified Coach with over 20 years of experience in cross country and track. In her 14 years of Division I collegiate coaching at the University of Pennsylvania, Coach Batz coached All-Americans, All-East, and All-Ivy League athletes. During her tenure, Penn’s team earned national rankings and won four conference championships, including UPenn’s first and only Heptagonal Cross Country Championship. Cricket was an All-East, All-Ivy, All-Heptagonal Conference runner and Captain for the University of Pennsylvania. Cricket is currently a NSCA Certified Strength and Conditioning Coach and personal trainer. 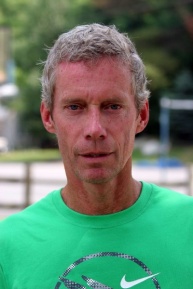 USATF certified coach at Cherokee High School in New Jersey where his cross country teams have won five Group IV State Championships. His 2000 cross country team was ranked 8th in the nation by Harrier magazine.  Coach Shaklee has coached 2 Footlocker National finalists and numerous individual state champions.  In 1998, Coach Shaklee was named the New Jersey Coach of the Year. He was also South Jersey Coach of the Year in 1990, 1997 and 2011. In 2009, Coach Shaklee was inducted into the New Jersey Coaches Association Hall of Fame.  Coach Shaklee is a 1978 graduate of Drexel University where he ran cross country and track, and holds the school record in the 10K. In 1998, he won the USATF-NJ Masters Cross Country Championship, and in 1997 and 1998 he finished 4th in the nation in the 3k at the USATF Masters Indoor Track Championships.

2 responses to “Who We Are”